Yeah. As you might have guessed, ROGS sits on a few stories for egregious amounts of time.’Cuz- ya don’t bite the hand that feeds ya’ dontchaknow. And, it takes time to find the “right channels”to feed, because the NSA data theft pipeline has kept us all isolated from “privacy”and a few other trifling “rights.”
And, one of the side effects of drawing down is that your fingers get cramped. So I pass those stories along to others, who don’t have to ask themselves “Um-will I lose my job or get stalked harassed and slandered if I report this?”
In this case, we also see state level corruption working with institutional and corporate corruption to cover up a story that has floated around for half a decade-because in MN the incestuous nature of inter-generational political families is striking. The city-state prosecutors all have financial stakes in the company, or are inter-married for generations; and the  federal funding pot of the DVIC gets distributed between their pet causes, so they stay silet on trifling things like cancer causing chemicals in the water; and the politicians and their minions of political police stalk, harass and slander journalists who might report these things.

Related Story: 3M chemical dumps caused infertility?
And-how many connections are there in Minnesota between 3M board members, local politicians, prosecutors and judges, the FISA court of George MacKinnon’s era, and the lesbian sex and pornography wars of his daughter Catherine MacKinnon-and the Total Surveillance State that Edward Snowden brought to our attention-and the FISA court TODAY?
Then, revisit the part of the ROGS thesis of feminist jursprudence and warrantless surveillance by political actors being stalking horses for civil liberty violations of political dissidents, and first amendment killing initiatives like SESTA and FOSTA.

Or, as Miscowiecz once said “Remember who your subscribers are!!!” And we knew then that this was code for “the bald eastern bloc prick in the adminstrative offices who will do ANYTHING for AIPAC dollars.”
In Minnesota, these pricks and their prick-cesses fill every office, orifice and slimy niche’ of the propaganda system, from the crisis PR centers on down to the education system, and every purported “civil rights” office that works hard to keep lower income white and black males out of any power, while installing the nepotistic, the Judenrate, and members of the Gay Mafia to do the bidding of eugenicists and zionist’s and dominionists that I describe herein.
And of course, now we see that pure scumbags and cowards and assorted bobble heads who were raised in the ethics free Whisper Network Era (which has its origins in the Palestinian Exodus and Ethnic Cleansing of 1948) are filling every smelly slot in the High Heeled crisis PR industry and it’s slime trail into the MSM. Poor babies-all those downtrodden women with their million dollar portfolio’s, as the entire Constution is burning because these same women and their fellah’s are perverted internet voyeurs?

3M Corp. (MMM – Get Report) could soon face one of the largest environmental lawsuits in the history of the U.S.
The state of Minnesota is seeking $5 billion in damages from the St. Paul-based company, alleging that chemicals manufactured by 3M have damaged human health and the environment in the state, according to local media.

In court documents filed Friday, the Minnesota attorney general said 3M dumped chemicals it produced in landfills in Oakdale, Woodbury and Lake Elmo starting in the 1940s and continuing until the 1970s. The chemicals have allegedly leached into local groundwater, affecting about 60,000 Minnesotans. 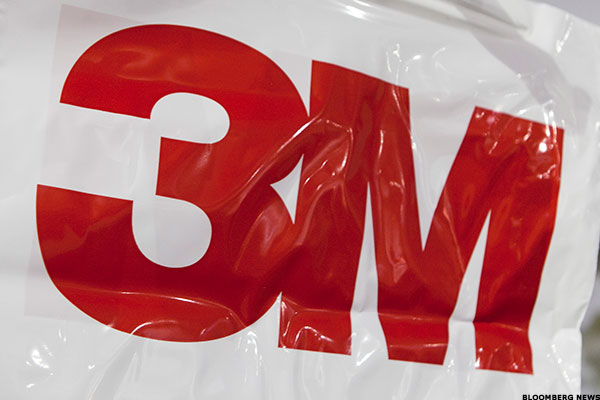 I invite the reader of ROGS to examine the collusion between how retired law enforcement and FBI agents work with current LEO’s and intelligence agents to suppress journalists, and especially the heinous methods they use; but I won’t hold out any hopes. You see- I KNOW how that works, and now, everyone else does too.
But I knew the internet was a free-for-all many years before the average citizen did. And, I knew how some are TARGETED and more, because I have been chronicling it since around 2008. You will see, dear reader, that ROGS doesn’t lie. While I occasionally make mis-statements, or lace my words with provocative phrases and deliberate Wayne Hoover inducing jargon-I don’t lie. And again, I invite you to test, and re-test my many claims.
Then, research these topics: Cottage Grove MN cancer rates; Minnesota Drug Burner; identity management database abuse; and something I won’t yet identify that includes these names: OConnor, HU, and Solomon. See how that works? Like I said-it ain’t over till I pop the at ladies raison de etre.
Yeah- have fun with that last one: I imagine all kinds of lawsuits popping out from that alone. But I will see you in the proper forums next time. And, the reader will note that I have carefully spread my story around the web, fillled out a few affidavits, and more- because I know how things turn out for whistle blowers and targets of “deep state” actors and corporations that work between official institutional cover and corporate collusion.

The Minnesota AG has a long history of three things: 1) Hubert Humphrey era cultists that work the fed like a slot machine, or a pinless ATM, and 2)  welfare state interest that usurps federally incentivized funds and uses them in well oiled shiny heeled crisis PR and for political gang stalking, and 3) bogus lawsuits that take away the individual taxpayer rights to sue individually, and steps in and claims benefits in their name instead, as we saw in the Big Tobacco lawsuits; and that long after the injured parties have died off.
So-sooner or later, the ROGS thesis that Big Data Lawsuits will be far greater than Big Tobacco will be seen as prophetic, but without the 300 year gap (lol…huhuhuh: gap.) Because few even know the “legal harm” that comes form such abuse, but I suggest can be tabulated in lost or denied opportunity.
And, individual psychologists, legal scholars, civil litigators and others will see that OGS is indeed a very real thing, not at all a conflict negotiated by the Hegellian apophenia-epiphany dilemma. Because sometimes, a cigar is just a cigar, and a hemorrhoid is actually missive written by others who crammed it up a wooden Jesus’ arse 300 years ago.
But the lawsuit against 3M is very real indeed. Stay tuned.
*I have many blogs. And each of them is specific in one way or another. Occasionally I use specific, and contrived language that  is “coded” to some degree. And, I reference my stats across blogs, for decades. And in doing so, I discovered how these “deep state” players play.
So for instance-if I make up a word-as you see in much of my writing-and then you Google these phrase and word combinations, you will encounter my writinf, or dialogues that I have contributed to. For instance, the “five-legged frogs” as the example above, you will see some other writing specific to me, or situations I reference in my writing.
So, for instance if you Google “researchorganizedgangstalking” as one word, you will find this exact blog you are reading-which is my writing. But I will also know you came here too-and to a few OTHER places online;-)
This is how I discovered that deep state actors track words, ideas, and specific individuals online, and off. In fact-the method is so sound, ROGS can teach you how to replicate it with nearly 100% fail-proof results.
So, yes-“they” do watch us in “real time” online, and off, attempting to .disable/destroy/eradicate/disrupt Constitutionally protected rights of speakers and groups of speakers, as we see here.