The note read: “Don’t say anything. Take your jewellery off. Put it in the envelope. I’ll explain, just don’t talk.”

“It was just the most bizarre thing,” Pauline remembers. “I thought, ‘Who are you? What are you doing?’ But I did what she told me.”

Her mother took her to a motel room where Pauline was surprised to find Stan Sears waiting for them.

Stan and Ruth told Pauline that for the past 16
years they had been on the run from the mafia and that Pauline’s family
had been targeted because her father, Warren, had been involved in
organised crime. She couldn’t wear her jewellery because it needed to be
tested for bugs. 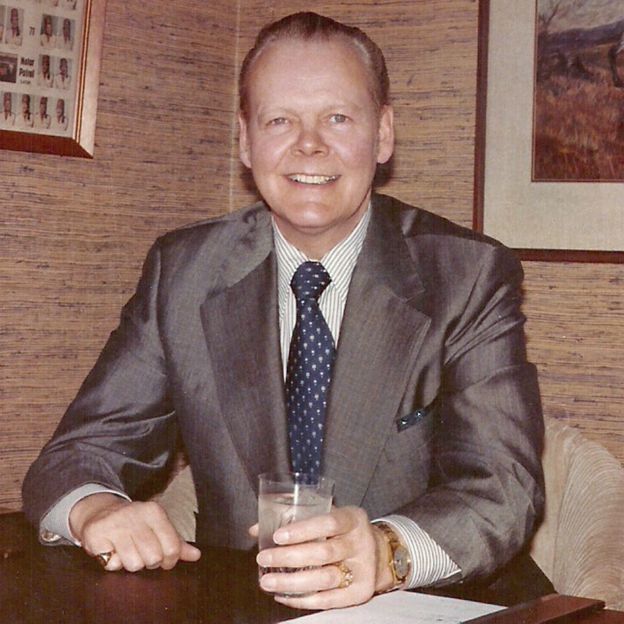 Warren Dakin was a successful businessman.

“It was unbelievable,” Pauline says. “But I
remember a feeling of terror coming over me that this might be something
we could never escape.”

Stan explained that it had all started after he
had counselled a mafia kingpin who wanted to turn his back on his
criminal past. When the mob discovered that the man had broken its code
of silence and come to Stan for counselling they had assassinated him –
and had then come after Stan thinking he probably knew too much.

Later, when Ruth – the embittered ex-wife of a
mobster – had started working as a secretary at Stan’s church, she too
had become a target.

“I was then told that each of us had somebody
following us, keeping an eye on us from a distance,” Pauline says, “and
that there had been many attempts to either kidnap, poison or kill me
but that these agents had intervened to keep me safe many times over the
years.”

As well as this government-sanctioned taskforce,
Stan also explained that there were shadowy communities – towns or
villages in different parts of the country – where people who’d been
targeted by the mafia could go into protective custody. This was known
as the “weird world”.