Dear Fusion Center: I saw something! I am saying something!! The local CIA Operation, a predictive crime and human tracking program called LASER is about to go nuts! And I had to ask the Russian’s about it- because apparently the first amendment and FOIA only works in Communist countries now.

Related Story: What is Operation Laser, and how have CIA programs “gone local?” Here is the Laser operations guide.pdf from LA County.
Dubbed ‘LASER,’ the software program was developed by the CIA’s venture capital arm and connects the dots from 15 separate sources of data to draw links and connections for combating crime. Ultimately it is able to analyze street crime locations, as well as ex-cons and their alliances, the Associated Press reported.
Under the program, a crime intelligence unit creates a list of people’s names, which patrolmen routinely gather when doing street stops and arrests. The lists are marked for information only and include a photo and the license plate numbers of vehicles that people use. This information becomes the starting point for analysis and investigation.
READ MORE:‘Drone-Free LAPD!’ LA residents protest police spy drones

Look- you and the Five Eyes apparatus are about to watch a murder! Remember Ramsey Orta, the guy who filmed the murder of Eric Garner? He filmed a murder in progress as sh!tty little gang stalkers killed a man for pennies.
Yeah this guy is about to be murdered. This is truly MHCHAOS on acid:
[youtube https://www.youtube.com/watch?v=LfXqYwyzQpM&w=720&h=405]

Every time I am online profiling assholes, just like you, I find comments like this, here, that some assholes leave on blog comment forums-this was from an article that detailed how gang stalking BY federal powers is designed to protect corporate interests, AND manipulate a young girl who was forcefully incarcerated in a hospital-and, it talked about how an activist was protected by gang banger’s in a prison cell:

Karl Jaab
Yeah, but were the demons appeased?
Reply

Joonas
Dude if MS!# are so nice will you house some of them ?
And you are aware that to be one you have to kill before you are in ?
My cousin did 4 years in Prison in El Salvador he can tell you how nice is MS13. He was lucky we had money and he could pay for protection .
Inmates with no money had to fight for the food rape others for food etc…
So go F yourself with this article
———————————————————–

Like most people, I think gang banger’s suck. But only a little less than corrupt police who encourage the brutality in the first place, rather than mitigating it, or working towards better solutions that foster whole communities instead of gang activity.
But what we see instead is a total cognitive dissonance between our social tiers-and how the problems of the or are mocked and derided. But we also see how certain species of human’s use labeling theory in practice-and how “satanic panic” in daily dialogue echoes well documented “gang stalking jargon” to the net effect of othering in an Ich, Du paradigm, and maintaining status quo, and more. So there is little doubt about who it is that these comments are from-what “sector” of the DVIC is plain and clear.
Then, we note how some use rape threats to control other men, and the net effect of an ape-like social structure that perpetuates bad behavior. And all of that with the straw man that has such wide appeal to white female voters. So, truth to power and all that-where’s the man/woman who will shoot Liberty Vallance in the heels this time around? 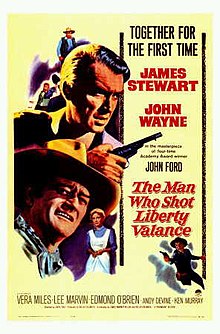 We the peeple need you, pal. And- bring your ROGS BINGO card this time.
From Huffington Post, the story of a gang stalking target, Ramsey Orta:

LAS VEGAS ― Ramsey Orta says he’ll wake up crying sometimes, and he won’t know why.
A few days will pass, and suddenly he’ll remember the dream. The one where he’s on that block in Staten Island, on that cool July day, filming a police officer putting his friend Eric Garner into a chokehold.
Only this time, Orta feels an arm wrap around his own neck, squeezing tighter and tighter. Until he can’t breathe.
“And then it just goes all black,” Orta said.
There are other dreams too: the one where he’s running from the cops, and the one where somebody in a hoodie walks up to him in a park and shoots him.

“Pretty much all my dreams are messed up,” he said. “I don’t remember the last time I had a nice dream.”