The last few days have shown me that gang stalking isn’t a mere delusional complaint for several reasons:

Today alone, seven countries from around the word are reading about organized gang stalking. While most of my readers are Dwayne Hoover’s that work in the exact institutions I indict here at ROGS, many others are their actual victims. And, OGS is a world wide phenomenon, without a doubt, no matter how many Dwayne’s and their willing accomplices try to hide their involvement, or cover their tracks with disinformation.
Zambia peeked in today, for example, so “gang stalking” is an actual thing there, and many in the gay community are targeted; but also, young women who give birth to mixed babies. Here, a young girls entire family has been gang stalked, slandered, and beaten, because she likely made a baby with someone from China.
I have said in many places on ROGS that children are a focal point of much gang stalking, and here we see this in action, across the world. From the Zambian Observer, we see how the interplay of women’s issues, and racism, and the lucrative narrative control of children is a main feature in this case, as is the young mothers fidelity.
Then, we see the situation escalating, and the police becoming involved, as an actual family is stalked. I suggest you take a look at what is happening in this story-and get out the ROGS BINGO card, becasue OGS is not only real, it is a world-wide phenomenon that is linked to the new colonialism, such as the UN Transatlantic crime initiatives, or the many “women and their children” programs that incentivize this activity.
But I am glad ROGS is here to help point victims of OGS in the right direction-to the civil and criminal courts where they can sue the sh!t out  of those who harm them:

Man’s family beat up wife, neighbours set her house on fire; for giving birth to an alleged Chinese baby

A young couple in Ndola is now a subject of police intervention after the wife gave birth to an alleged Chinese baby.
Facts are that Cecilia Mulinda who works for a Chinese firm gave birth to a child the husband’s family and neighbours suspect is Chinese.

The couple’s house in Ndola is reported have been burnt down by angry neighbours after speculations went wild that the now 10 days old baby is born from the Chinese employer.
Facts are that Cecilia got married to a Kelvin Mutale about 4 years ago. The couple have no children until now.
The pregnancy and arrival of the new baby caused so much joy to the couple but has turned to a nightmare by his extended family members and neighbours!
Cecilia only got pregnant when she was employed by a Chinese National.

As we see, racism, and the targeting of mixed babies, as well as women’s infidelity and men’s reactions to it are cultural universals.And so is police nvilvement in crafting or containing narrative.
And you might have noticed that I occasionally write about vampires who are draining our economy, while stirring up tribalism, sectarianism, racism and hate here in America and who are major financiers of OGS-people like George Soros for example or any of his many “umbrella” organizations.
Well, the Transylvanian’s are actually reading here today, as Romania clicked some 17 posts. Honestly-aside from the fact that Tor operates exit nodes there, and our sooper seekrit agincies operate whole-Tor capture facilities there, I can’t imagine why Romania was here today. But I am glad they peeked in, because if I can help just ONE person I feel great.
I don’t necessarily want to help vampire’s, but if they are in trouble, I guess I would, because unlike so many here in the US who are the “good peeple” draining the life blood out of our society with all of their “goodguyism’s” like whole capture internet of all American citizens that can be played back like a tape recorder, I guess vampires might not be so scary after all. And, vampires look better in high heels too.
Boo! MmmmBwahahahahahhahahaha! I seenk I am to going to sucking to your blood! 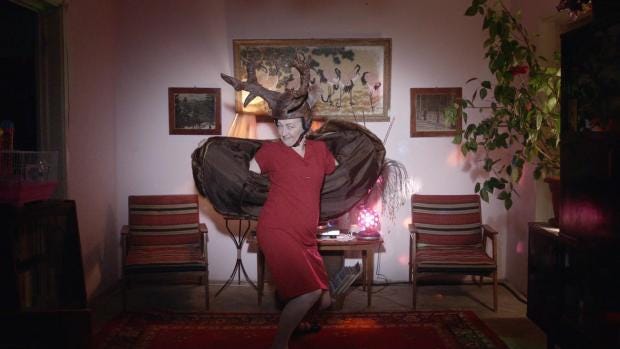 Then, Hungary peeked in too. As I documented, at least in Hungary they clamp down on gang stalking, as they did with Scientologists in October. But most American’s haven’t caught up yet, because they are too intoxicated from staring into the eyes of vampires, and stumbling up to the altar of federal funding for MRAP’s and donuts, and slurping deep state Kool-aid out of the bottomless DVIC slop trough, but some are catching on.
I mean- maybe all these fears of the “rise of the right” are well founded. I certainly can attest that after watching from 2004 until now as our spy agencies became “target American dissenter’s and journalists” agencies, working from international-to-local as they harassed and targeted some of us more than others of us- I am not too afraid of Hungarian’s. Because if the various “good peeple” NGO’s that work “in darkness” all along the internet backbone with immunity and impunity, setting their scopes on me and others are any indicator, they oughta be scared because payback is a beeeyotch in right wing jackboots.
SO-all those back stabbing, dossier building, Fusion Center politicizing “umbrella” toting neo-racists from the Rainbow coalition are petrified because the Donald makes interesting friends.
And also because so many pure scumbags and frauds use the “anti-semitism” card like a rolled up propaganda leaflet that has been turned into a Bernaysian Liberty Torch with which to set some peoples entire lives on fire, well, I guess I won’t be around to help them out next time-because certainly, “they” whoever “they” are are a major part of “what is organized gang stalking.”
Sure-the Constitution is toilet paper. Suuuure it is: until that one day in the light.

Related:Who is Viktor Orban, and why do American vampires fear him so much? And-why has OGS blogger Rachael Orban, who has over 77k results in Google- disappeared from the net?

And so, maybe gang stalking isn’t political; it doesn’t target people; the UN isn’t part of te hidden cancer on the internet backbone; those creepy window ledge slobbering perverst who peek into our lives from Fusion Centers and squad cars; and those public sector union thigs are all in te imaginations and part f thhe “delusional complaints” that targeted individuals suffer.
But then, one might ask: why did Hungary, and Romania, and then Belarus, and then Italy peek in here at ROGS, within minutes of each other? I guess it’s just a question I have that may never be answered. Maye it’s my apophenia kicking in. Who knows, right? Because even the experts agree, OGS is likely a delusional complaint. And, things like this and this never happen-and if they do? It was his fault.
And so, maybe these stories elow can help all the good doctors diagnse my apophenia problem and weed through a laundry list of advance sequalae. Pleas-someone! Anyone! Call me crazy, but the EU is going through some changes now that Trump-a real businness man as opposed to a deep state cultist, or a DVIC tit-sucker is in office.
And here is today’s news about all that (my long time reader can see if they can spot a pattern below, based on my other writings you are reading across the web):
Belarus invites Russia’s Kursk Oblast to cooperate in manufacturing, agriculture, construction
Read full text at: http://eng.belta.by/president/view/belarus-invites-russias-kursk-oblast-to-cooperate-in-manufacturing-agriculture-construction-107372-2017/
If you use BelTA’s materials, you must credit us with a hyperlink to eng.belta.by.
There is a constructive depoliticization process underway in the Eastern Partnership
Read full text at: http://eng.belta.by/opinions/view/there-is-a-constructive-depoliticization-process-underway-in-the-eastern-partnership-5709/
If you use BelTA’s materials, you must credit us with a hyperlink to eng.belta.by.
Belarus does not plan to join EU, but shows interest in EaP
Read full text at: http://eng.belta.by/politics/view/belarus-does-not-plan-to-join-eu-but-shows-interest-in-eap-107549-2017/
If you use BelTA’s materials, you must credit us with a hyperlink to eng.belta.by.

Man jailed for raping 12-year-old pregnant ‘wife’ Man of Romany gypsy background allegedly married girl in Romania before setting up a home with her in Essex (the power of stereotypes, vampires, and enjo kosai)