Group stalking, multi-stalking, organized gang stalking and 24/7 harassment complaints: “The victims of the gang stalking have tried seeking relief through police reports and civil complaints that have gone to court, but nothing has changed. My friends have had their house up for sale for over a year because they feel it is the only way to escape the daily staring and leering and name calling that they hear as soon as they step out onto their own deck. New Jersey Herald

Real estate red lining is illegal. Realtors, communities, and independent home sellers cannot discriminate in the sale or rental of property.
However, as we see time and time again, local real estate “syndicates” controlled by elements from within policing can and do exactly that all across America. These collusions are also known as “community policing” volunteers, aka “Red Squads” which are well documented in the historical records, and a practice of the current DHS schemes too. And, at the center of every transaction is a lender, who is the shot caller in these local-to-international mobs (Hi Kevin!).
So- ROGS asks: do banks and lenders show discriminatory preferences for police and fire and state unionists-and their relatives?

Related Story: Have police and fire pension funds turned into racketeering-or worse? Dallas Police and Fire Pension brouhaha asks: How enmeshed are these plans and schemes anyways? RICO seems so long ago! After all- there are so  many “little people” who can be exploited in the modern Kafkaesque drama’s playing out all over America as these elements work to “frame” every discussion to hide insight into “public dealings” that aren’t necessarily “in the PUBLIC’s interests.

Here is a case where again, we see a clear link between real estate and gang stalking, as documented in the New Jersey Herald in 2013.

I live at a lovely lake community where many wonderful people live. However, amid all of the wonderful people is a group of at least eight misguided and sadistic people who have chosen to “gang stalk” two of their other neighbors on the block.
Gang stalking is a known phenomenon which can be difficult to believe and even harder to prove. It involves a group of people who band together for the purpose of targeting another individual or individuals in order to control aspects of their targets’ (victims’) lives and to monitor them 24/7.
I have been witnessing this happening to my friends since June 1, but they have been experiencing the daily stalking since 2011. The victims of the gang stalking have tried seeking relief through police reports and civil complaints that have gone to court, but nothing has changed. My friends have had their house up for sale for over a year because they feel it is the only way to escape the daily staring and leering and name calling that they hear as soon as they step out onto their own deck.
The gang has even gone so far as to call the police to make a false report against my friends in an attempt to get them into trouble. We wonder what they will do next.
Because the gang’s behaviors are not “criminal acts,” the police are limited as to what they can do, and the matter is complicated by the fact that the foremost member of the gang has a family connection with the local police department.

And keep in mind that New Jersey is already documented in the record participating in gang stalking-and that Goggle returns 613,000 results for gang stalking and New Jersey, but also that Rotary clubs and other insider (in-groups) are implicated by some in everything from active shooter training that takes place curiously close to actual mass shooter events to crisis PR dilemmas where they ask “is it ok to have arrows on our logo?” and other events that seeks to diminish the second amendment’s protections.
As some/you might have noticed: a movement is afoot to force the Constitution from our hands, through slanted story telling, and “the hidden hand*” of religious doctrines guiding our speech rights. We have the “deep state” with it’s hand in former FBI director James Comey’s ass, puppeting Reinhold Niebuhr, and everywhere you look in the dialectic of OGS you see this other “hidden hand,”which has long been the sign of “Masonic” orders.
Here- just so that you know how non-sectarian free masonry is, look here at the Beatles: 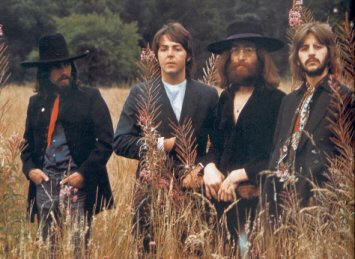 And then look at this controlled asset, Ted Cruz-and I can’t help but wonder whose hand is in his ^ss, or how he is being leveraged into the insanity that is his platform: 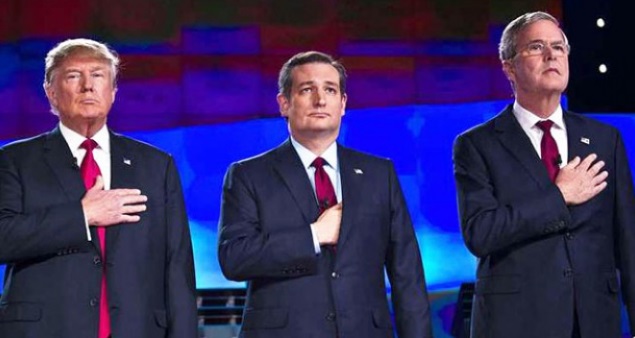 But don’t waste too much time over-thinking it, because what matters is that they are all in it one way or another, sticking their cultish Abrahamic/Masonic crap up your arse as if you are a puppet. Then shout out to the moron who designed this page here from the FBI countering violent extemism program (CVE), and the bloody irony of how that thing works in practice-like a hidden hand in your internet switch, on your cell phone, and “around every corner.”

Related Story: Where did 24/7 surveillance of American’s begin? How did the NSA-Israel data theft pipeline happen? When did modern slavery by another name, aka the MIC/DVIC/PIC control of narrative begin? Ask Leo Lewis, Hollywood financed domestic spy.

So: when did the hidden hand take over real estate in America?
They pop up ALL OVER the DVIC money pot starting in 1993, building to a pet cause of “Stalking the Stalkers” in lop-sided domestic violence scenarios that have sought for forty years to throw America into the religious and arch-conservative theocratic paradigms of gendered narrative. As I have said repeatedly, if you scratch the surface of most gang stalking complaints, you will find “secret society” involvement. Lion’s and Tiger’s and Rotary– Oh My!
And the weaponized Boys and Girls Clubs, and the many headed hydra headed AIPAC affiliates and the hydra’s of NGO’s  are all monetized by mystery money and junkets overseas where backdoor deals take place to sell our democracy and erase due process AND the Constitution on the cheap.
With lots of help from behind the curtains of Oz and Fusion Centers, using “high policing”  of course, which are the de facto ground zero for plotting these domestic operations and social engineering, where domestic para-militaries under DHS contracts work with foreign spy rings,  work with blackmailers and gang stalkers in every American community-as these vertically integrated, internecine campaigns of domestic terror are waged on individuals from “outgroups” by the well heeled in-groups; the nexus and gathering point where all modern discrimination takes place.
But gang stalking is real, Dorothy-Look! It’s says so in a newspaper! And we’re not in Oz anymore-we’re in Slipperyslopeville, which is right next to Greater Tel Aviv, and it looks like the ground is shaking under the weight of all that laundered capital that finances the DVIC.
But that could also be my apophenia kicking in too, as my bicameral mind is probably in a classic conflict with Sigmund Freud’s D.E. Cameron Syndrome and under the influence of the polarized Gregory Batesonesque MSM, and exacerbated by psychology’s little “official source gas-lighting” problem.
And worse! For some reason, in bouts of deep apophenia, I obsess over the fact that John Nash’s biographer- the author of “A Beautiful Mind”-was also the daughter of a CIA case officer….yeah, I know: I’m the crazy guy on the internet; just one “potentially dangerous” voice from a tribe of troubled minds who are starting to see the links between real estate and organized gang stalking.
And, a few other things, too, like how “high policing” is what police corruption IS nearly by definition.